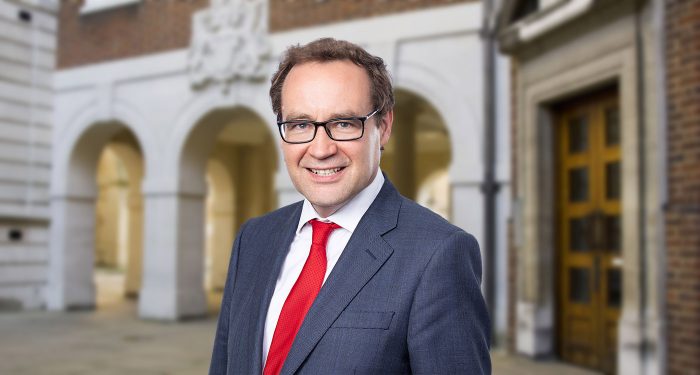 Since 2016 James has been in independent practice as an arbitrator. He joined chambers as an Associate Member in 2019.

As an arbitrator, James takes party and institutional appointments in ad hoc and administered commercial arbitrations. He has been appointed in arbitrations seated in London, Copenhagen and Dubai.

Between 2008 and 2012, James was Registrar and Deputy Director General of the London Court of International Arbitration (LCIA). He headed up the LCIA’s casework secretariat and oversaw the administration of more than a thousand commercial arbitrations. He also assisted the Director General and the LCIA’s Board with the development of the LCIA’s business in the UK and overseas.

James practised as a solicitor for more than twenty years, specialising in commercial disputes resolution, particularly in shipping, commodities, oil and gas, cruise and travel. He trained at Withers and spent four years in the firm’s Paris office. He was admitted as an avocat at the Paris Bar from 1994 until he took up his appointment as Registrar of the LCIA in 2008. He joined Holman Fenwick Willan in London in 1994 and was a member of its Trade and Energy group as well as a founding member of its Travel and Leisure group. He was involved in numerous ad hoc, institutional and trade association arbitrations as well as arbitration related court proceedings, including obtaining and opposing anti suit injunctions. James also spent a year (2015-2016) at Stephenson Harwood in its International Arbitration group, providing senior level assistance in large LCIA oil and gas arbitrations.

For two years (2012 – 2014) James was Senior Legal Advisor at Thomas Miller Legal, a division of a long-established provider of services to the insurance industry, which offered due diligence and claims management services to commercial After The Event (ATE) insurers and litigation funders. Claims he assessed and managed included large commercial and investment arbitrations. He has maintained his interest in third-party funding and has acted as an independent consultant to an ATE insurer engaged by funders. He was a member of the International Council for Commercial Arbitration (ICCA) – Queen Mary University of London Task Force on Third-Party Funding in International Arbitration, which published its report in April 2018.

Between 2016 and 2022, James worked part-time as a content provider for LexisNexis UK on Lexis®PSL Arbitration, a web-based practical guidance service.

James is regularly invited to speak at conferences in the UK and abroad. He spoke about third-party funding in arbitration at Croatian Arbitration Days in Zagreb in December 2015, at a conference in Istanbul jointly organised by the IDR Group and Altinbas University in October 2017, and at the UNCITRAL-Ljubljana Arbitration Centre conference in Slovenia in March 2018. He delivered a paper entitled ‘Regulation of arbitration: where it comes from, who it is for and its impact on maritime arbitrators’ at the International Congress of Maritime Arbitrators (ICMA) in Copenhagen in September 2017. In April 2019, he was a member of a panel on the Prague Rules on the Efficient Conduct of Proceedings in International Arbitration at the American Bar Association – Section of International Law annual conference in Washington DC. He returned to ICMA in March 2020, speaking about ad hoc arbitration at the congress in Rio de Janeiro.

Fellow of the Chartered Institute of Arbitrators (FCIArb) since 2015

Co-author with Shai Wade and Philip Clifford of A Commentary on the LCIA Arbitration Rules 2014 (Sweet & Maxwell, 2015)

Conflicting Perceptions of Ethics in International Arbitration with Cherine Foty, Arbitration, Vol 85, No. 2, May 2019, pp185-202.