The Court of Appeal has now upheld the inspector’s decision to refuse planning permission for a housing development where the increased traffic would adversely affect local air quality – Gladman Developments Ltd. v Secretary of State for Communities and Local Government and Swale BC and CPRE Kent [2019] EWCA Civ 1543, 12 September. This upholds the decision of Supperstone J. ([2017] EWHC 2768 (Admin)) which we have previously noted in this blog.

The legal challenge mainly turned, as so many of these court cases do, on the extent to which this was a matter of planning judgment. The inquiry had heard expert air quality evidence, based on future emissions modelling, which was disputed by CPRE Kent. Given that the extra traffic would have some adverse impact on air quality in two local AQMAs, the developer, GDL, offered a substantial financial contribution in line with Defra’s own methodology by way of mitigation. But the Inspector concluded that there was no clear evidence to demonstrate the likely effectiveness of these mitigation measures, and that it might well be that the contributions to fund the measures failed to reflect the full scale of the impacts. In particular, he questioned some of the modelling assumptions, reinforced by the High Court’s finding in ClientEarth (No.2) [2016] EWHC 2740 (when it quashed the national air quality strategy) on the excessive optimism that had been used in future emissions modelling such as this.

The Courts have backed this approach. The inspector did not have to accept that, because the sum had been appropriately calculated, the mitigation measures themselves would be effective. It was for him to consider, in the exercise of his planning judgment, what their impact would be. Nor did he have to cast around for planning conditions that might make the development acceptable if they had not been suggested to him.

The case is an important confirmation of the importance of properly assessing air quality impacts on human health, and their mitigation. It is also notable that the Secretary of State accepted in court that his own duty to produce and implement a national air quality plan does not mean that planning authorities (or even his own inspectors) should presume that the UK will become compliant with the Air Quality Directive in the near future. GDL had attempted to argue that the Inspector should have accepted the assumption in the air quality modelling that the revised national air quality strategy would be in place and working by the time the development was completed. The court was content that the Inspector had to deal with the evidence about the local impacts that was actually before him, and not speculate about the timing and likely effectiveness of the Government’s revisions to the strategy.

(William Upton QC represented the local planning authority at the initial appeal, when the ClientEarth No.2 judgment was published on day 2 of the inquiry. However, the LPA were only the Second Defendant to the section 288 challenge and did not take part in the High Court proceedings).

The House of Commons’ Housing, Communities and Local Government Select Committee has held an inquiry into the implications for local authorities arising from the proposals set out in the Government’s Resources and Waste Strategy for England (“the Waste Strategy”) published in December 2018, taking evidence from a wide variety of sources including environmental organisations and local authorities themselves. The Select Committee’s key advice is that rather than enforcing a prescriptive national approach, the Government should allow the flexibility for councils to react to local conditions.

The following points were made:

1. At times, the Waste Strategy seeks to dictate systems that would be better determined by local policy makers – whilst it is reasonable for the Government to determine which materials should be recycled, local authorities should determine how waste is collected.

3. The Government should commit to the covering costs incurred by local authorities as a result of contract renegotiations arising from the Waste Strategy – it is likely that existing long-term contracts will need to be renegotiated and if private contractors will not cover the cost the Government should.

4. The Government has not made a strong case for the implementation of separate weekly food waste collections – the existing system works perfectly well and the Government’s scheme is likely to involve significant cost.

5. The Government is wrong to insist that local authorities collect residual waste at least every two weeks – this should be a decision for local policy makers, furthermore, the Committee was persuaded of the potential benefits to recycling rates of less frequent residual waste collections.

6. The Government should allow local authorities to retain flexibility in how dry recyclables will be collected – the Government’s suggestion that householders use six separate bins is likely to be unworkable, especially in urban areas where space is limited.

8. The Government’s proposal to implement an Extended Producer Responsibility (EPR) scheme is welcomed – it is right that producers bear a greater responsibility for the disposal of materials they introduce into the system.

9. A review of EPR funding should take place every two years, with top-up funding to be provided where necessary – the EPR scheme should be a reliable, long-term source of income for council services and there is a risk that it becomes the victim of its own success, with funding declining as producers eventually improve the quality of their packaging.

The Committee found that even today the country’s recycling infrastructure was inadequate for our needs and that significant investment was required. It had praise for the ambition behind Waste Strategy but made it clear that without properly engaging with stakeholders the Government’s plans may not work in practice.

Environmental benefit versus hitting targets remains controversial. The Government’s proposals include a free garden waste collection system rather than the more frequently provided chargeable service given to households that want it. This is part of a strategy of “chasing tonnage” (prioritising the collection of heavy materials – such as garden waste – in order to meet targets), without which the Government would struggle to meet its recycling targets by 2035. The Committee concluded that although a free service might improve the Government’s recycling statistics, the environmental benefits of such a policy were less clear and noted the criticism levelled at the Government by several organisations for openly pursuing such a policy.

The Natural Capital Committee has published its response to the 25 Year Environment Plan Progress Report. The third paragraph of the Chair’s message introducing the response reads:

“Unfortunately, the Progress Report does not in fact tell us very much about whether and to what extent there has been progress. On the contrary, the Progress Report provides a long list of actions, and presents very little evidence of improvements in the state of our natural capital. This is especially disappointing since 8 years have now passed since the White Paper set its objective.”

He then went on to say:

“From the ad hoc evidence presented in the Progress Report, not only is there little evidence of progress, but some worrying evidence of declines in environmental quality.”

The key criticism is the lack of baseline against which to assess trends in environmental change, an over-emphasis on actions rather than real measurable outcomes, ambiguity and lack of precision in defining the 10 goals of the 25 Year Environment Plan and the lack of robust targets and milestones against each goal.

The Committee states that although natural capital is at the heart of the 25 Year Environment Plan, not a single indicator used in the Progress Report is a measure of a natural capital asset. It concludes that we are unlikely to be in a position where all of the necessary indicators will be ready prior to the creation of the Office for Environmental Protection in 2021, which will undermine the ability of the OEP to effectively perform its scrutiny function. Furthermore, the status ratings issued for around 80% of the priority actions in the Progress Report are “not fit for purpose”.

The response concludes by recommending that the government should act as soon as possible to ensure that the next Progress Report provides a more rigorous, evidence based assessment of progress. It calls for a 2020 “environmental census”. 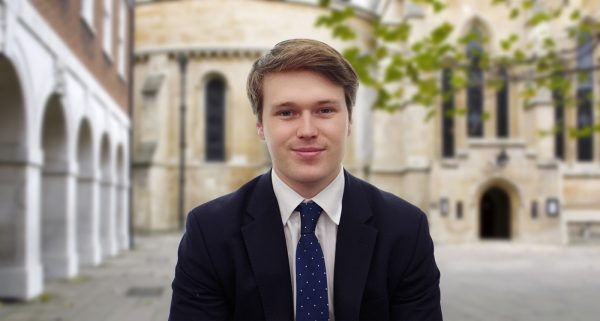