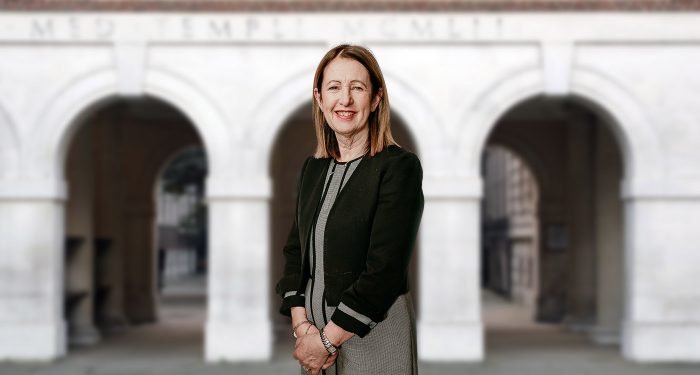 Noelle has a varied family, civil and employment practice which includes:-

A Health and Social Care Trust and Mother GH V Father IJ [2020] NICA 3 – Appeal by the Father against a fact-finding judgment of the lower court in which the Judge had found the Father had raped and brutally assaulted the Mother on more than one occasion and had also assaulted one of the children. Appeal dismissed.

James (a child); in re appointment and discharge of Guardian ad Litem [2020] NI FAM 2 – This case concerned a point of general importance in respect of the circumstances in which Guardians ad Litem should be appointed to represent children and their interests in proceedings which are about them and their future ; whether the Agency’s policy of not appointing a Guardian in Article 56 proceedings was a correct one.

British Telecommunications Plc v Meier, Kevin Owen [2019] NICA 43 – Appeal by BT against an Order made by the IT in which it decided that BT had discriminated against the Respondent ( whom Noelle represented in the Court of Appeal)by reason of his disability and by failing to make reasonable adjustments for him . Appeal dismissed.

South Eastern Health and Social Care Trust V M [2018] NICA 50 – Decision of Court of Appeal (NI). The Trust supported by the Gal ( whom Noelle represented)sought to appeal against an Order of the Family Judge refusing to make a freeing order in respect of a child “Mason”. Appeal allowed and case remitted for rehearing before a different Judge.

South Eastern Health & Social Care Trust v M 2019 Mc A A11025 – The case was then reheard and a Freeing Order made in respect of the child “Mason”.

ZS v A Health & Social Services Trust [2018] NIFam 9 – Application for declaratory relief brought by the mother of a child in foster care and in respect of whom an application to free for adoption was pending . The issue was whether the mother could restrict the information to be shared with the child about its biological parents should the child be adopted .The Department of Health and the Attorney General were joined to the case. The court held current law requires information as to the child’s identity should be shared with the child at a relevant point in the child’s life . Therefore the court had to balance the privacy rights of the mother and the rights asserted by the child to have information about genetic identity .

A & B (No.2) (children; injury; proof; suspicion; speculation) [2016] NIFAM 1 – Case involving discussion about the nature and extent of the evidence which can properly be given by medical experts in non – accidental injury cases.

TT V HM [2016] NI FAM 10 – Case involving principles of international law to be applied where the parents of the relevant child were both born in Egypt and held dual Egyptian/ British citizenship . Child born in N.Ireland but had lived in a number of different jurisdictions .

McKinstry v Moypark [2015] NICA 12 – Issue of whether the IT was correct at a pre hearing review to decide that a meeting between the parties was “without prejudice “ and should be excluded from a claim made against the Respondents by the Appellant .The court was not satisfied that matters were fully considered by the Tribunal and the case was remitted for rehearing before a different judge .

McCorry v Mc Keith [2016] NICA 47 – Appeal by Ardoyne Association against a decision of the IT which found the Appellant had dismissed the Respondent in circumstances that were automatically unfair, substantially unfair and amounted to disability discrimination. Discussion of Associative Discrimination ; shifting burden of proof. Appeal dismissed .

J in re (freeing order) [2014] NI FAM 5 – Issue in freeing case of whether the mother’s consent to her son being adopted should be dispensed with on the ground of her being incapable of giving her consent or whether she was withholding her consent unreasonably.

C & D (children ) [2016] NI FAM 3 – This was an Appeal by the mother regarding the interpretation of Article 20 of the Adoption (NI) Order 1987 to revoke a freeing order ; relevance of the inherent jurisdiction of the court; whether Article 20 needed to be read in conjunction with Article 8(2) of the ECHR ;whether notice to the Crown required by Order 121(2)of the Rules of the Court of Judicature Act ; whether Article 20 of the Order compatible with the HRA. Notice issued and relevant departments and AG for (NI) joined to the proceedings .The court held Article 20 (1) of the 1987 Order needed to be read to ensure it did not breach Article 8(2) of the ECHR.

A Health and Social Care Trust v M & others; in re M [2014] NIFam 3 – Whether 5 month old baby, M, should be removed from a ventilator and made the subject of a Palliative Care Order only; discussion of relevant medical guidelines and case law.

Wojcik v Moy Park Limited [2013] NICA – Appeal by the claimant against a Tribunal decision dismissing her claims against her former employer for race discrimination, sexual harassment, less favourable treatment on the grounds of her part-time worker status and constructive dismissal. All appeals dismissed save for the element in respect of holiday pay which the respondents were happy to concede for sensible economic reasons.

Martin, Claire v Southern Health and Social Care Trust [2010] NICA 31 – Court of Appeal case in relation to the interpretation of the Working Time Regulations (Northern Ireland) 1998 and in particular what constituted a rest period within the terms of the Council Directive 93/104/EC.

McPolin, Laura v Department of Finance & Personnel [2012] NIIT 00215_09IT – Challenge to the pay scale for Northern Ireland Civil Service on the basis that it discriminated against the claimant indirectly and was contrary to the Equal Pay (Northern Ireland) Act 1970 in European law. Challenge unsuccessful.

Flynn & McNamara v The Department for Social Development [2012] NIIT0086_08IT – Challenge to the pay structure of the Northern Ireland Civil Service on the basis that it fell foul of the Age Discrimination Regulations. Challenge unsuccessful.

Belfast Health and Social Care Trust v JD and another [2013] NIFam 4 – Application by the mother under Article 15 of Brussels II seeking the Court to exercise its discretion to transfer the case to the Courts of the Czech republic. Application successfully opposed by the Guardian Ad Litem.

Curley, Kevin v The Chief constable of the Police Service of Northern ireland and another [2009] NICA 8; Respondent appealed against a finding from a Fair Employment Tribunal that it had discriminated against the Claimant on the grounds of his religion. Appeal successful and the decision of the tribunal overturned.

F & T; in re (care proceedings; residence) [2011] NIFam 1; Case involving both care and residence proceedings of two children where there was a different father for each child from a wholly different and religious background. T’s father, a Swedish citizen, successful in obtaining a joint residence Order in respect of T.

D v D; in re (post-agreement windfall) [2009] NI Master 75 – Case concerned whether a wife was entitled to reopen a matrimonial agreement.

Luiz; in re (application for a residence order by Northern Irish step mother in respect of a Brazilian National) [2009] NIFam 16

Brangam, Heather Mildred; in re application for judicial review [2008] NIQB 92 – Judicial review application against Law Society of Northern Ireland. Test case as to whether the body was capable of having its decisions subject to public law scrutiny.

ESJ (a minor); in re (residence order application; jurisdiction within United Kingdom; applicability of Council Regulation (EC) No. 2201/2003) [2008] NIFam 6; [2009] NIJB 48 – Challenge to the provisions contained in the Children (Northern Ireland) 1995 Order in respect of Emergency Protection Orders and in particular whether Article 64 (8) was compatible with Article 6 and 8 of the European Convention on Human Rights. The Court agreed the 1995 Order was not compatible with the Convention Rights and the offending legislation was then repealed.

AR v Homefirst Community Trust [2005] NICA 8; [2005] NI 435 – Issue concerned the decision making process of a Trust in the removal of a child from the mother. Court of Appeal argued that the mother’s Article 8 rights had been infringed.

2004 – present; Bencher of the Inn of Court of Northern Ireland

Former member of the VAT and Duties Tribunals

Former Chair of the Family Bar Association of Northern Ireland

2014; Treasurer of the Inn of Court of Northern Ireland

September 2014; Fellow of the International Academy of Trial Lawyers

September 2014; Fellow of the International Association of Barristers

October 2015; Honorary Bencher of the Honourable Society of Middle Temple

November 2018; Appointed as Legal Commissioner in the NI Judicial Appointments Commission having been nominated by the Bar Council of Norther Ireland

Member of the Employment Lawyers Group for Northern Ireland

Member of the Discrimination Lawyers Association

Member of the Medico-Legal Society for Northern Ireland

Member of the Bar of Ireland

One of eight women chosen to be part of a Women in Law project in 2019 sponsored by QUB and Athena Swan enitled “It’s hard to be what you cannot see; a project celebrating the achievements of women in Northern Ireland who forged a path”