The sentence of Richard Kray took place today, the man who killed his 19 year old daughter by strangulation and attempted to kill his ex-wife by the same manner.

The offences happened in July 2017. Against a background of pressure and stress linked to his daughter’s serious anxiety disorder, Mr Kray ‘snapped’ and strangled his daughter before trying to kill his ex-wife. He then handed himself into a local Police Station, making full admissions about what he had done; and he was charged with the offences of murder and attempted murder.

In due course, at the request of the defence, Mr Kray was seen by Dr Jonathan Pyott – a consultant psychiatrist based at the Trevor Gibbens Unit. Dr Pyott formed the view that, at the time, Mr Kray was suffering from a severe depressive episode amounting to an abnormality of mind which substantially impaired his responsibility for the acts he had committed. In other words, Dr Pyott was of the view that the defence of diminished responsibility applied, reducing the offence of murder to manslaughter and substantially mitigating the offence of attempted murder (to which ‘diminished responsibility’ is not a defence).

A second consultant psychiatrist, Dr Philip Joseph, agreed with Dr Pyott that Mr Kray had been suffering from an abnormality of mind but diagnosed an ‘adjustment disorder’, adding that it was his view that this had substantially impaired his responsibility for the acts he committed.

In other words, the experts disagreed over the precise diagnosis but agreed that the defence of diminished responsibility applied; and a plea of guilty to manslaughter was accepted by the Crown. Both experts were clear that Mr Kray had been able to form the specific intent to kill and he duly entered a plea of guilty to the offence of attempted murder.

At the sentencing hearing on 2nd February, the Court heard oral evidence from Dr Pyott. Both he and Dr Joseph were recommending a Hybrid Order under section 45A of the Mental Health Act 1983. Dr Pyott gave detailed evidence on Mr Kray’s mental state at the time, explaining how he came to the diagnosis he had. He added that Mr Kray was in remission and said that he did not regard Mr Kray as a ‘danger’, an opinion with which Dr Joseph agreed.

Sentence was adjourned to Monday 5th February. The sentence imposed on that day was a determinate term of 10 years imprisonment, with Hospital and Limitation Directions – in other words, a Hybrid Order. This means that Mr Kray will serve 5 years – either in prison or in hospital, whichever is at the time most suitable – and then be released. 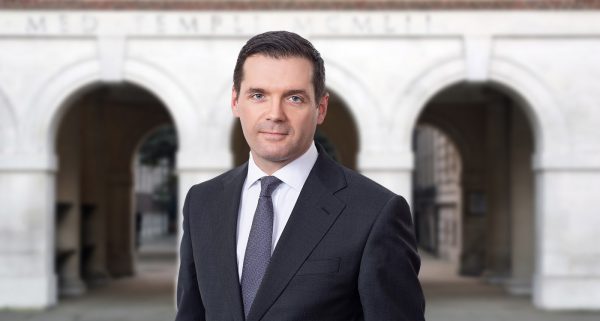