David Lloyd Leisure Limited, the well known national chain of over 90 health and leisure clubs was prosecuted by Ipswich Borough Council for an offence contrary to section 3(1) of the Health and Safety at Work etc. Act 1974 following a release of noxious gas into the pool hall at its Ipswich branch and was fined £70,000 and ordered to pay £60,000 costs. This unusual case, involving difficult expert evidence, also generated a question of sentencing practice as to what assistance, if any, could be derived from a guideline for environmental offences when sentencing a health and safety offence. Pascal Bates acted for Ipswich Borough Council.

The morning following a power surge, the David Lloyd Ipswich manager on early morning duty noticed that the electrical systems had been affected, but went ahead to admit bathers into the swimming pool, one of some 150 run by David Lloyd Leisure. The club’s technician was called in, and established that the electrically operated pumps, which circulate the water from the pool, through the filters and heater, and then, with disinfecting chemicals injected, back into the pool, had stopped functioning and that the water was not circulating. This was consistent with bathers noticing that the pool water was colder than usual (as it had not been circulating through the heater and back into the pool).

With about 13 bathers still in the pool, the David Lloyd technician and the manager went ahead with attempts to restart circulation. The circulation pumps needed to be ‘primed’ – that is to say that they and their associated pipework had to be filled with water (rather than air) before they would have any effect of drawing water through the system and pushing it out into the pool (and running them with air in the system would not cause water to circulate). This issue of ‘re-priming’, for which David Lloyd Leisure had no set procedure, was, as the sentencing Judge said, “at the heart of what went wrong”.

The technician and manager, working in the plant room, at the second attempt managed to get circulation restarted. But the effect of their doing so was to push a considerable quantity of gas and a yellow/brownish stain into the water in two areas of the pool. This erupting noxious gas not only smelt foul, but was sufficiently toxic immediately to affect the breathing and eyes of nearby bathers: one described it as “like breathing fire”. As the sentencing Judge remarked, this must have been “very frightening” to bathers who did not know what substance was affecting them or where this was leading. They all fortunately managed to make their ways to safety, but five of them needed hospital treatment. Two of them continued to suffer from respiratory problems for some time afterwards, but to what extent that was due to the exposure to noxious gas, and to what extent it was due to underlying compromised respiratory function, was not determinable.

This was the second similar incident at David Lloyd Ipswich. Just under two years before a release of noxious gas when water circulation was restarted led to eight bathers being affected and a pregnant woman being hospitalised. David Lloyd took some steps in response to that incident but, crucially, failed to introduce any procedure or requirement to clear the pool hall before restarting stalled circulation. David Lloyd admitted during proceedings that its response back then had been “inadequate”.

The chemicals used to disinfect a pool like David Lloyd Ipswich, if combined carelessly, can generate highly toxic chlorine gas, which can kill, even at low concentrations. But they can also combine with ammonia from secretions and excretions from bathers’ bodies to form chloramines. Chloramines in modest concentrations will be produced in a pool in ordinary usage, but, at excessive levels, can affect bathers quite noticeably. Like chlorine gas, chloramines attack the eyes and respiratory systems, but chloramines generally tend to cause irritation, which can be pronounced, and, at worst, pulmonary damage, but not do not cause death as chlorine gas readily can.

In the immediate aftermath of the incident David Lloyd Leisure staff did not follow their own emergency action plan and training. Such a release of noxious gas having so marked an effect on bathers should have generated an emergency response, and one on a ‘worst case’ basis whilst the cause and identity of the noxious gas remained unclear. One thing which was done by David Lloyd Leisure and the fire brigade to alleviate the situation was to ventilate the pool hall of the noxious gas, without stopping to take samples. As a result, there was no direct evidence as to what it was that had been released into the pool. A number of experts gave conflicting opinions as to what, in their estimations, the exact chemical composition of the release would have been: chlorine gas or chloramines. The Prosecution case was put on the basis of exposure that day to ‘noxious gas’ which, regardless of what it was, was sufficiently toxic to hospitalise five.

David Lloyd Leisure, which strenuously denied exposing its bathers to chlorine gas or to risking doing so, insisting that the exposures had been of chloramines on both occasions, pleaded on a negotiated basis which admitted not having a procedure for when pumps were ‘re-primed’ circulation restarted, with associated other systemic failures of safety management at Ipswich, over the period of almost two years between the two incidents, culminating in the exposure which hospitalised five.

Media coverage of the case is provided in the links below: 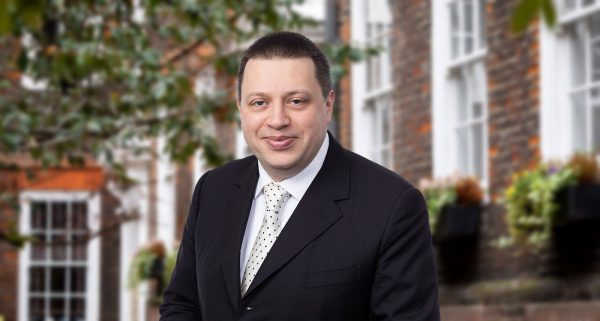