"Steven is a formidable advocate, who exercises exceptional strategic judgement in international litigation. His cross examination style is concise and precise, and he executes it like a skilled surgeon." 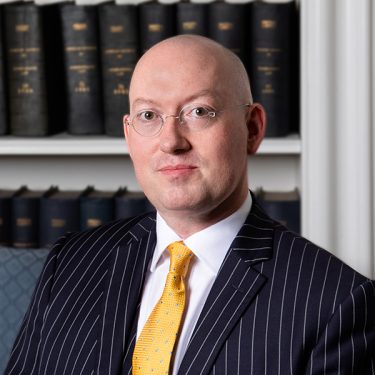 Steven is a highly respected Queen’s Counsel, commercial strategist and team player. He is able to combine both the commercial and legal objectives into a coherent and effective strategy for clients. He is able to build an immediate trust and rapport with clients and is tenacious in protecting their interests. He is an exceptional advocate and a polite, yet ruthless, cross examiner.

He has a great legal ability to analyse complex issues, has an intuitive legal instinct and is able to present them in a way that is highly persuasive to the court, tribunal or in a negotiation. He represents and advises clients on a wide range of commercial and corporate matters.

Steven is based in Asia Pacific, works internationally and maintains a regular presence in commercial disputes in South-East Asia, Australia, Europe, Africa and the Gulf.

Steven Walker QC is a commercial Silk. He has acted as Counsel in more than 200 arbitrations around the world. Examples of his cases are provided within his Expertise sections.

F v G
Arbitration – Instructed by Claimant, an international private equity group, concerning an investment in Asia Pacific and a dispute under a shareholders’ agreement. The dispute value amounts to USD$70 million.

G v B
Arbitration – Instructed for the Claimant in a USD$50 million water conveyance aquifer construction dispute in the Middle East.

A v R
Arbitration – Instructed by Claimant on large construction project in the Gulf. The dispute value amounts to USD$100 million.

D v U
Arbitration – Instructed by Claimant in a multi million construction dispute concerning asbestos removal from a multi storey building in the UK. Claim was for variations and extensions of time.

T v U
Arbitration – Instructed for Claimants regarding an oil rig construction dispute in Asia Pacific. The dispute value amounts to USD$57 million.

P v E
Arbitration – Instructed by Claimant, an oil company, in a large African gas dispute concerning a JOA. The sum in dispute is US$800m.

"Steven is a formidable advocate, who exercises exceptional strategic judgement in international litigation. His cross examination style is concise and precise, and he executes it like a skilled surgeon."

"One of very few people in Scotland with an international construction arbitration practice - he is brilliant with clients and offers strength in depth."

"amazingly wide experience of the subject area in which he operates, spanning every energy dispute imaginable,"

"making clients feel at their ease"

"excellent advocacy, not just in terms of the legal issues, but in terms of making the best case for the client."

"he is very quick, able to see the key points and give the right wording. He makes complicated matters very simple. He is very familiar with how arbitrators think, what they want....he also maintains a regular presence in Malaysian disputes."

Centre for Energy, Petroleum, Mineral Law & Policy, University of Dundee – Honorary Lecturer of the Centre from 2002 and member of the global academic faculty.

Energy Studies Institute, National University of Singapore – Seminar Director & Lecturer on the Professional Seminar Training Programme of the Institute in 2014.

Steven is co-author of the leading international book ‘Pleading in Arbitration – A Practitioner’s Guide’ published by Sweet & Maxwell/Thomson Reuters 2012.

A second edition was released in 2017. The leading German International lawyer and arbitrator, Professor Peter Klaus Berger of the University of Cologne, described the first edition of this book as “an essential addition to every arbitration practitioner’s library”, in the journal of Transnational Dispute Management.

Contributing Author to the chapter on “Arbitration in the Energy & Mining Industry” in the international publication Lexis Nexis Arbitrator’s Handbook published in 2022.

Member of the Middle Temple

Member of the Faculty of Advocates

Fellow of the Chartered Institute of Arbitrators