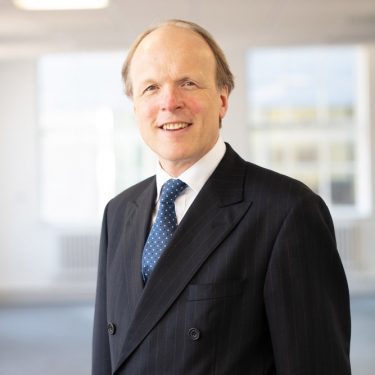 Richard has extensive experience in planning, environment, compulsory purchase and local government law, practising in courts at all levels, at public inquiries and related advisory work.

Richard has represented large retailers including Asda, Tesco, Aldi, Safeway, the Co-op and B and Q as well as retail park operators and Local Authorities. Richard has extensive experience of convenience and comparison goods retailing, retail warehousing, warehouse clubs, and applications for certificates of lawful use in respect thereof. Recent examples include out of town retail developments in Sunderland and proposed new stores for Aldi at Fletton Close, Leicester and Great Barr, Birmingham.

Richard has advised and /or represented numerous clients in relation to a wide range of such proposals, from Europe’s largest bottle making and filling factory, office development in the grounds of a listed building, a multisports complex, holiday park development and a crematorium.

Richard has been involved in some of the largest schemes considered at inquiry. He has experience of the DCO process under the Planning Act 2008, as well as substantial infrastructure development pursuant to the Town and County Planning Act 1990, the Transport and Works Act 1992, the Electricity Act 1989 and other infrastructure related legislation. Examples include the Thames Gateway Bridge, the City of London heliport, Redhill Aerodrome, Manchester Second Runway, Heathrow Terminal 5, London Gateway (Shellhaven) container port development, Carlisle Airport freight development, London Oxford Airport, telecommunication mast cases and wind turbine inquiries. Richard has advised and acted for the CAA in respect of numerous airports including Manchester, Stansted, Cardiff, Southampton and City Airport, London.

Richard has been involved in numerous cases involving mineral extraction (from tin to limestone to sand and gravel to gypsum to fullers earth; as well as waste development. He has represented some of the largest Quarry and Waste operators in the country , including Tarmac and Aggregate Industries. He has particular expertise in relation to issues concerning interpretation of permissions and conditions, review of minerals permissions, permitted development rights, environmental impact assessments requirements, viability of extraction, compatibility with residential development, sterilisation of minerals, assessment of reserves and resources, the sale of mineral product, the meaning of waste, waste delivery and the interpretation of supply agreements.

Richard successfully argued the still leading case of R v Wicks in the House of Lords (the scope of challenge to the validity of an enforcement notice when prosecuted for non-compliance). He has appeared at numerous enforcement inquiries and has in-depth knowledge of enforcement law.

"He really tests the case and identifies weaknesses in good time for them to be addressed."

"He is very thorough and has a mastery of the detail. Forensic would be the word that springs to mind."

"I am most grateful for the time and immense care you have taken to review this case."

"Many thanks Richard: a thoroughly thorough opinion! Your advice, options and recommendation/s are understood and appreciated."