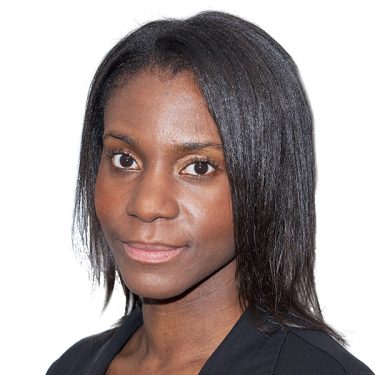 Adaku Parker is an incredibly busy practitioner who has an increasingly mixed practice.

Her areas of expertise include Fraud, Asset Forfeiture, Trademarks and Copyright Infringement, Health and Safety, Planning and Environmental, Sexual Offences.

She has extensive experience of appellate advocacy in the Court of Appeal both in respect of appeals against conviction and sentence. Her practice also incorporates advisory work.

She is a Middle Temple Advanced Advocacy Trainer.

R v Smith and Eight Others – Defending one of 9 defendants charged with a large ‘factory’ scale conspiracy to make false identity documents. The value of the fraud £5 million.

R v Awodipe – Successfully prosecuted on behalf of the Crown in a fraud. The defendant had claimed nearly £30,000.00 overpayment from the DWP whilst working as a solicitor.

R v Norwood and Norwood – Appeared on behalf of the first defendant who was charged along with her husband with benefit fraud which spanned 13 years. During that time they were able to defraud the DWP in the sum of £75,000. The husband was for the majority of fraudulent period employed by a benefits agency as a fraud investigator.

R v Williams – Appeared for the Crown. The defendant was charged with theft by employee. She worked as a cash office manager in a branch of Tesco and over a period of about two years she stole nearly £13,000 from her employer. The case involved chartered accountants giving expert evidence and these experts were called by both the prosecution and the defence.

R v Kadi – Successfully defended in confiscation proceedings where Crown argued that the defendant had a criminal lifestyle.  Following legal submissions, the court found that the section 10 assumptions did not apply and that this was not a case of hidden assets.

R v Charlton – Instructed on behalf of the defence to vary a confiscation order made in 2007. The outstanding amount was £170,000.00.  Successfully persuaded the court that the realisable amount was only £57,000.00 and that the order should be varied to that amount.

R v Eruohwo-Adogbeji – Prosecuting on behalf of the London Borough of Southwark. The defendant pleaded guilty to a number of trademark offences in what was a wide scale operation. Over a period of two years the defendant accumulated assets in the region of over £500,000.00 both in the UK and abroad.

Deborah Lamb v Media Protection Services Limited – Appeared for the Appellant in an appeal against a conviction for an offence contrary to section 297(1) Copyright, Designs and Patent Act 1988 relating to the use of a foreign satellite television decoder card in her public house.

The London Borough of Enfield v Braha, Telci and Imre – Appeared for the prosecution. Three defendants charged with offences contrary to the Trade Marks Act 1994. All three defendants unlawfully sold trademarked goods namely shoes which bore a sign identical to or were likely to be mistaken for a trademark registered to Burberry Limited without the consent of Burberry Limited.

HSE v Lee Lawrence (Trading as Amber Plumbing Services) – Successfully responded to an appeal against sentence in the Crown Court in relation to substandard gas fitting services which posed a serious risk to life and property. A sentence of 6 months’ imprisonment suspended for 12 months upheld on appeal.

The Environment Agency v Paul Johnson – Appeared for the defence (Greenwoods Solicitors). The defendant was summonsed in respect of two offences of depositing controlled waste and two offences of operating a regulated facility otherwise than in accordance with an environmental permit.

Re: Operation Kenyon – Julia Banauskaite / Evaldas Ziogas.  Provided written advice to the Chief Constable of Kent advising on whether or not forfeiture proceedings ought to be commenced in respect of £1,200.00 seized from an address in Canterbury.

Nganga v City of Westminster Council – Written advice on a housing case on behalf of the Appellant – homelessness – Statutory Appeal in the matter of s.204 of the Housing Act 1996.

R v Woodbine – Written advice on judicial review against a decision by the Parole Board not directing a prisoner’s immediate release from custody.

She is qualified to accept legal instructions directly from the public.

Re: Webbe – provided written advice to an employer in circumstances in which the company had unknowingly employed a disqualified driver who had been caught on camera speeding whilst in the company’s employ.

Re: Brocklebank – provided written advice to a husband in circumstances in which his wife (from whom he had been estranged 5 years) was being prosecuted for growing cannabis on the property that they shared during the relationship.

R v P – Historic indecent assault committed in 1974. The defendant was an Art and History teacher and the complainant was aged 10 at the time and was a pupil of the defendant.

R v T – Rape and sexual assault by a father on his natural daughter when she was aged between 7 and 10 years old.

R v O – Assisting in the management of a brothel. Multi-hander.

Graduated from South Bank University with a Combined Honours Degree in English and Law in 2000 (Upper Second).